BIAS Amp vs BIAS FX, and How To Use Them Together

Welcome to my BIAS Amp vs. BIAS FX comparison! These are two guitar amp simulator plugins from Positive Grid.

Like you, I was confused as crap between two at first! But I’m going explain the differences so that you can make a decision on which one’s best for you.

You’ll hear my amp tones from both plugins, side-by-side. And I’ll share which one I prefer, and why.

Oh, and I’m also going to show you how to use BIAS Amp with BIAS FX(it’s actually pretty simple!).

Let’s get right into the meat and potatoes (now I’m hungry). Both BIAS Amp 2 and FX plugins are similar, and just at a glance, they look the same.

The main difference between BIAS Amp and FX is:

It’s not necessary to have both plugins, but you can indeed use them together. And I’ll show you exactly how to do that. But first, let’s get deeper into BIAS Amp and FX as you may find you’re ok with just one of them. 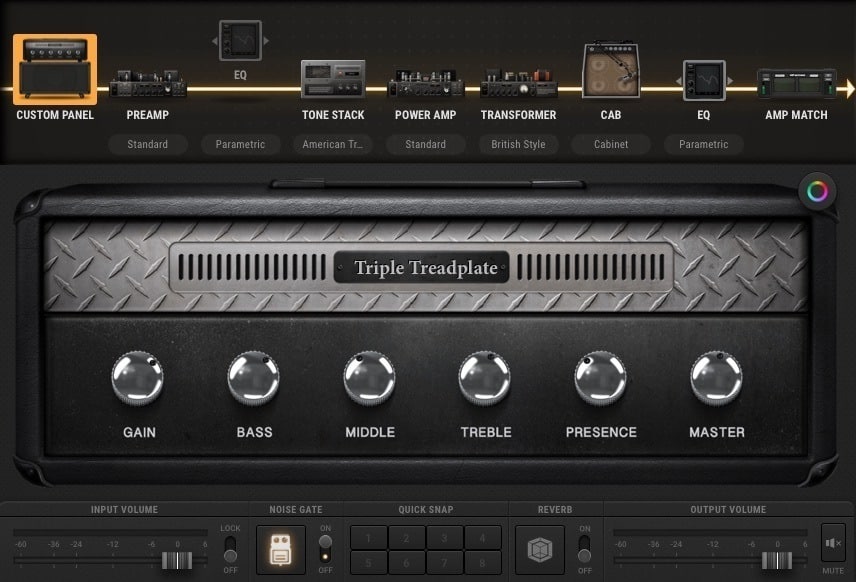 BIAS Amp 2 focuses solely on the amps by replicating all of the capabilities of an amp rig. This goes beyond jut messing around with the amp and cab/mic settings. You can edit tubes, transformers, preamp, power amp, and all the settings that comes with those.

This plugin comes with a good amount of amp simulators from most popular amps (Fender, Marshall, Orange, Peavey, Mesa, ENGL, Bogner…to name a few). And the interface has them split up into categories:

The game changing feature of Positive Grid BIAS Amp is the ability to capture and match your tone from your real amp. You can mic your guitar amp, feed it into the BIAS Amp plugin, and save that tone within the plugin (and edit from there).

There’s also a deep editing capabilities with the cabinets, speakers, and mics.

*BIAS Amp 2 is an upgraded version of BIAS Amp. There’s a Celestion impulse package available with this. You can read (and hear) more about that on this post: BIAS Amp 2 with Celestion Impulses.

What is BIAS FX? 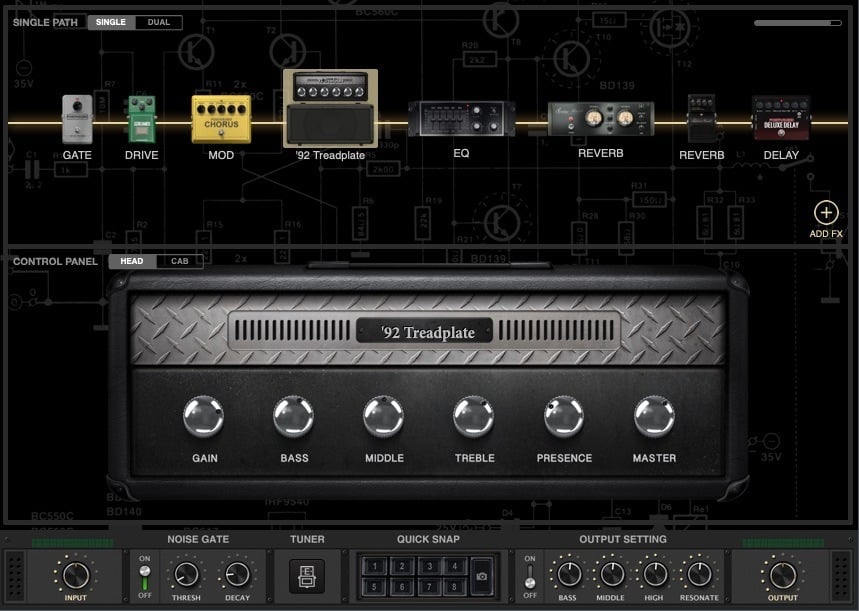 BIAS FX is similar to BIAS Amp in the fact that you have the same list of amps (give or take a little) to choose from. But it does not give you the amp matching feature or the deep editing capabilities, although you can still modify the amp and cab settings.

The highlight of BIAS FX is it contains several stomp boxes and rack mount effects (hence ‘FX’ – hey, I wonder if Positive Grid realizes this is a pun?). The effects categories include:

And many of the effects you’ll see are modeled after popular brands, such as the Screamer 808OD modeled after the Ibanez Tube Screamer. In fact, this is my go-to BIAS FX stompbox for my metal tones.

Gear You Need to Run Both

It goes without saying that you need a certain level of quality studio gear to make run both BIAS Amp and FX.

Below are my recommended options, and what I use.

I actually use the iMac for my studio, but whenever it’s time for a new computer I will more than likely just use a MacBook because it’s smaller and not as expensive.

**It’s important to note that these are affiliate links in which I do get rewarded if you purchase through my links.

This helps me continue to give you awesome content and music, and I appreciate your support!

Alright, now let’s a metal tones test to compare BIAS Amp vs FX!  You’re about to see (and hear) a side-by-side comparison in the video below.

A few notes about the video…

I needed to make sure this was a fair comparison.

So which tone did you like best? The BIAS Amp or BIAS FX? An even better question is could you tell the difference between the two!

As I mentioned in the video, I used the same method of recording for both tones. I’ll share some more details…

I had to go back and listen really close to tell the difference. And if I didn’t know that this was a comparison, I probably wouldn’t notice any differences.

What this tells me is that either plugin will work great. The decision comes down to what you want out of the plugin.

Are you satisfied with the amps and FX and want the effects? Or do you want to get into the deep editing and have the amp matching capabilities of BIAS Amp?

**You can read more about both plugins on Positive Grid’s website here: https://www.positivegrid.com/

My Personal Favorite and Story

I started out with BIAS FX and was very happy with that. But I wanted to see if I could get different tones from BIAS Amp.

I’ll be honest…I was a bit frustrated that I had to buy 2 separate plugins. That’s been my gripe with Positive Grid. It’s like ‘Dudes, just make ONE freakin’ plugin that does it all!!’

Anyway, at that point if I could’ve gone back in time, I would not have purchased BIAS Amp. I found that the deep editing was overwhelming (I’m more of a plug-in-and-play dude). BIAS FX did everything I needed.

Since, I’ve been using the BIAS FX effects with the BIAS Amp 2 amps and Celestion speaker impulses. Those Celestions were a serious game changer, at least for me.

How to Use BIAS Amp 2 with BIAS FX

One of my pain points with Positive Grid was that I wanted to be able to use the BIAS Amp amps with the BIAS FX effects. I was stumped on this at first but finally figured it out.

So I want to show you step-by-step how to use BIAS Amp 2 with BIAS FX!

I’m sure at first most will jump to saying things like:

And much of this may be true. But before you jump to that conclusion, I have a way for you to put those tones to the test.

Alright, so here’s a challenge for you. And the ultimate goal here is to get an un’BIAS’ed opinion (couldn’t resist that pun!)…

Which tone did you truly like the best? What did your ears gravitate more towards? Which one sounded more captivating?

Then go back and look where you wrote down which is the plugin and which is the amp. You may be surprised on what you chose!

Welcome to the Jason Stallworth Music Gear page! Below you’ll find all the END_OF_DOCUMENT_TOKEN_TO_BE_REPLACED

To date, this is the absolute best heavy metal guitar tone that I’ve END_OF_DOCUMENT_TOKEN_TO_BE_REPLACED

We noticed you're visiting from France. We've updated our prices to Euro for your shopping convenience. Use United States (US) dollar instead. Dismiss