Get Masterpeace on CD

You’ve heard me dial in some pretty awesome metal tones using Positive Grid’s BIAS Amp 2. In fact, I used one for their amps for the majority of the guitar tracks on my album Masterpeace.

But sometimes you want to change things up and dial in a solid and simple hard rock guitar tone. Can BIAS Amp 2 deliver that?

In this post, I’m going to share my exact settings using what I consider to be the 2 best hard rock amps in BIAS Amp 2. And, of course, I’ll also have the video below where you can hear these tones.

Before we get into the tones and settings, I just want to clarify the differences between hard rock and metal tones. That being said, there are many sub-genres below each! So it can be a bit confusing…

Anyway, these are my personal thoughts between hard rock and metal tones. And this applies with both amp sims like BIAS Amp 2 and real amps:

Obviously there’s a large gray area where the lines cross between rock and metal tones, and amps, for that matter. For example, there the Marshall JCM 800 has been used on countless sub genres of both rock and metal albums.

That said, there are some amps, and in this case, amp sims, that may work best for specific genres. And again, this is just my opinion on ‘rock vs metal’ tones based on my own experience.

You can hear the tones in the video below but be sure to continue reading. I’m going to go over the settings in more detail!

There are many amp sims in the BIAS Amp 2 plugin that can be used for hard rock tones. Not to mention, you can use Positive Grid’s amp match feature in BIAS Amp 2 to create your own tones.

However, there are two stock amps that I’d like to feature here from BIAS Amp 2:

I personally wish that Positive Grid would combine these plugins into one. But if you’d like to know how to use both plugins together, read my blog post: How to Use BIAS Amp with BIAS FX.

But remember, the amp this is modeled after (Marshall JCM800) has been used on a wide variety of records across multiple genres. So it’s really tough to say that this is a rock or metal amp, even though it can technically work for both.

Here are my British Lead 800 EQ settings for the rock tone you heard in the video earlier:

This amp sim comes with a Marshall cabinet sim by default. But I actually use the Orange 4×12 cabinet sim. I also move the mic closer to the cone of the speaker, making sure it’s also close to the grill.

I also use the Classic Celestion speakers with this amp sim, specifically the V30 and G12 Greenback cabinets and speakers. I do the same for the next amp I’ll discuss below. And I’ll also share the recording process that you heard in the video for the full mix.

Next, I place the green overdrive stompbox in BIAS FX 2 in front of the amp (you can see the exact settings I used below). This is the reason why I use BIAS FX 2. It allows you to use those effects with the BIAS Amp 2 amp sims.

The British Rock 50 is found under the high gain section of BIAS Amp 2. And that seems appropriate.

Like the real amp that it’s modeled after, the Orange Rockerverb (possibly the MKIII version), it does have a little more natural gain than the British Lead 800. This is also the case for the amps they’re modeled after.

Here are my British Rock 50 gain and EQ settings:

The only major difference here is that I boost the presence a little instead of cutting it as I did with the British Lead 800 sim.

Being modeled after the Orange Rockerverb amp, the British Rock 50 is paired with an Orange 4×12 cabinet sim by default. And that already sounds pretty awesome, although I do move the default mic setting moving the mic closer to the grill and towards the edge of the cone.

**You can hear my demo of the real Orange Rockerverb MKIII 50 watt combo amp below. This is a pretty awesome amp and can definitely be used for both hard rock and most subgenres of metal.

Recording rock and hard rock songs is fairly simple with BIAS Amp 2 and FX 2. And I use the same exact method that I do when recording metal, or practically anything that requires distorted guitars.

Here’s exactly what I did with these amp sims in this post. And I did this for both the British Lead 800 and British Rock 50 amp sims:

In my opinion, those Celestion speakers and cabinets blow everything away, including the stock cabinets that come with BIAS Amp 2 (and FX 2)…except for the stock Orange 4×12 cabinet sim. That cabinet sounds pretty amazing, especially for hard rock tones.

I also recorded a lead guitar track when testing both of these amp sims. I always leave that track up the middle. But I did something a little different for each amp in the full mix…

Both the Orange 4×12 and Celestion V30 sims cut through the mix really well, which is what you want for your lead guitar tracks.

I also increased the gain and boosted the mids a little more for those lead tracks. This helps organically raise it up in the mix and also helps accentuate the notes for your guitar solos.

This is important because it’s easy for the lead guitar to get lost in the mix when using the same amp as the rhythm tracks. So you really have to make some adjustments.

There’s certainly no shortage of amp sim for both rock and metal tones. And it’s safe to say that Positive Grid is one of the top producers for amp sims and amp modeling with BIAS Amp 2.

You’ve got some others that are in the same league like Neural DSP and Amplitube, and several others. But at that level, it really comes down to personal preference.

I’ve tried MANY (like, seriously, too many!) amp sims. And I’ve played through some awesome ones, as you’ve probably seen my YouTube videos on several. But for amp sims and effects, I’ve always reverted back to Positive Grid.

Now, as far as plugins versus playing and recording with a real amp goes, I do prefer a real tube amp. No matter how far technology has come with amp sims, I don’t think a real tube amp can be replaced.

But that doesn’t mean you have to choose one over the other. You can give yourself more options by combining both! And that’s what I’m experimenting more with at the time of writing this.

For example, you could record the bulk of your rhythm guitar tracks with a real amp. And then go back and record tracks like your cleans and solos, and even some rhythms with a plugin like BIAS Amp 2. And there are countless other ways you can use both together.

That being said, never limit yourself! 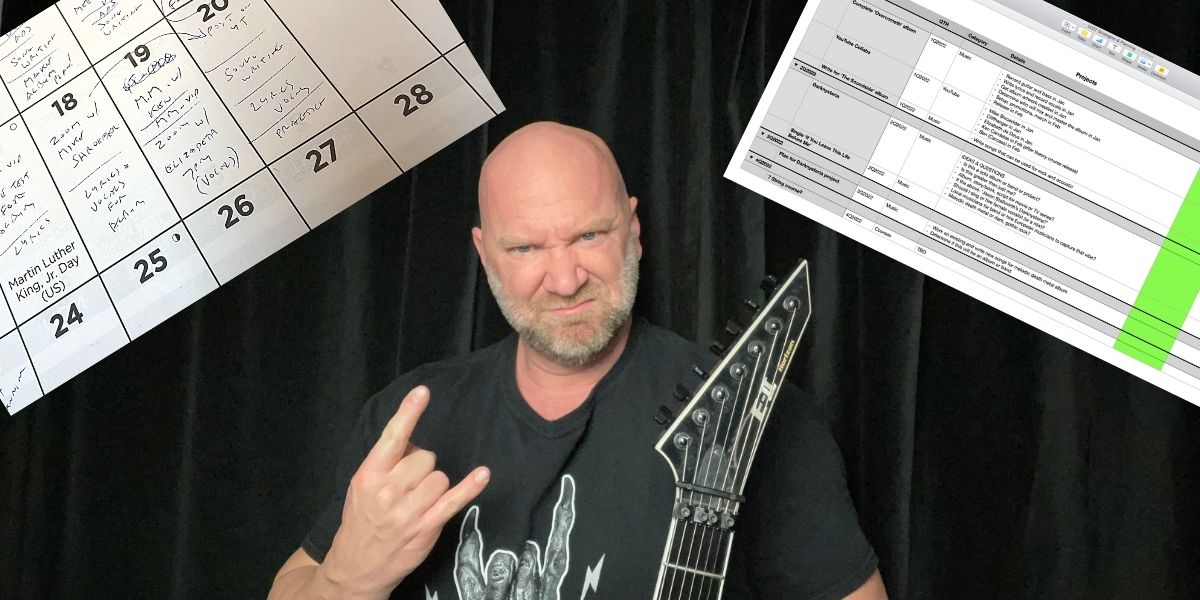 I’ll start this off with the old saying ‘People don’t plan to fail, END_OF_DOCUMENT_TOKEN_TO_BE_REPLACED 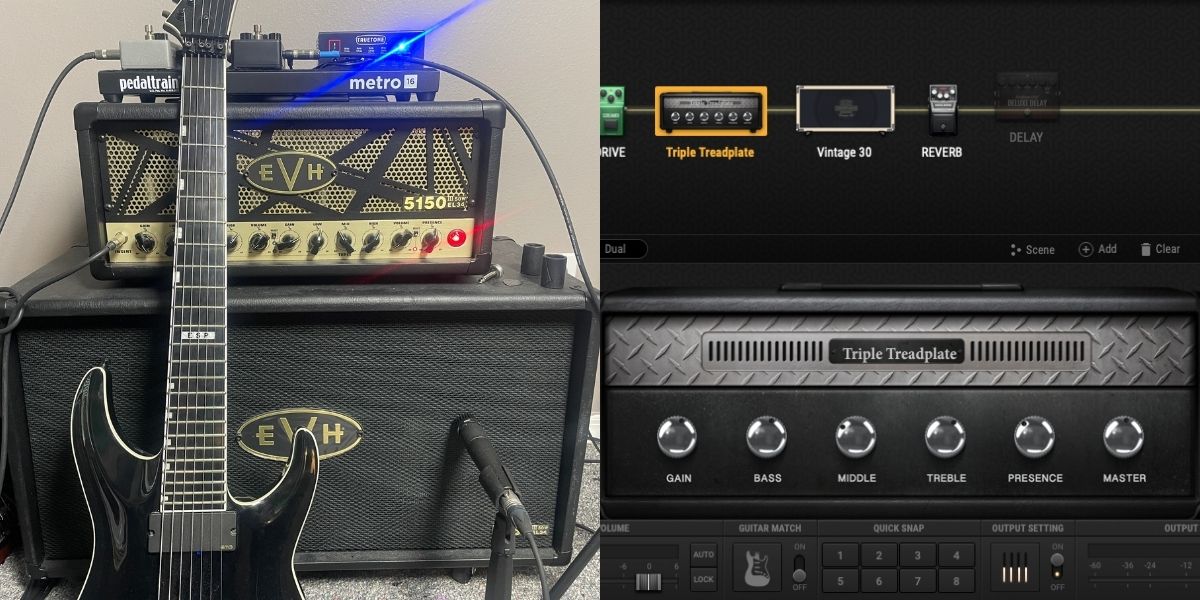 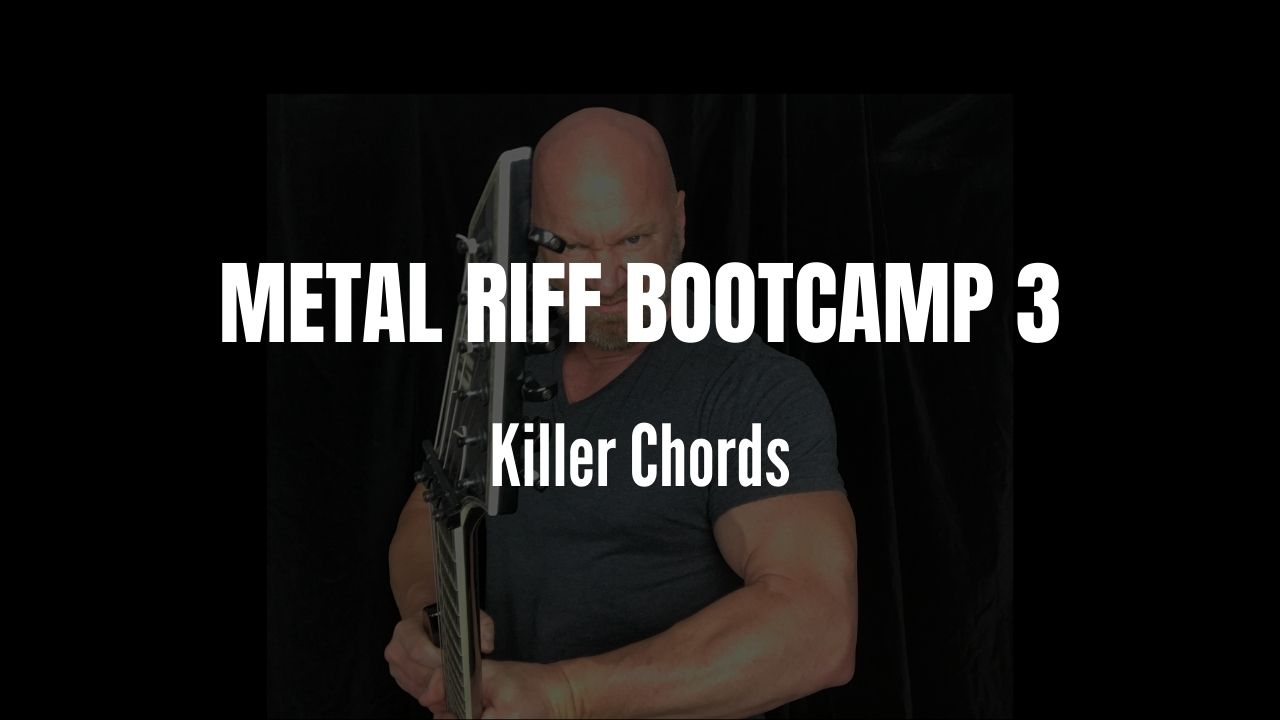