In this post, you’re going to learn how to dial in a superior metal tone using the Line 6 POD XT Live amp modeler and effects processor.

You’re going to get every detail and setting I used to create your POD XT Live metal tones. Trust me, this is going to save you a lot of time and headache!

You’re also going to experience the natural progression of metal tone creation as I’m giving you 3 different tone scenarios below. And each scenario includes a full video tutorial so that you can hear these metal tones in action!

I’m sharing what I consider the first usable XT Live metal tone that I dialed in. So I suggest starting here by using the amp and mimicking the below settings.

As I mentioned, it took me several days of playing through different amps to get a decent tone.

TIP: The stock settings on the POD XT Live suck! So don’t judge the unit by those settings.

You do have to play around with this thing. It’s time consuming…but that’s why I made this post for you! So start with my settings below…

I applied these exact EQ and effects settings to 3 different amps with the XT Live, which are listed below.

Although you have several choices for cabinets, I kept going back to just the one cabinet. I think most agree that cabinets were not the strength of the POD XT Live (or any amp/effects processor of that era).

All of the below settings are specific to my metal rhythm guitar sound. You’ll learn about my lead tones in Part II.

Metal Tone I: Details and Settings

Now you know how to dial in a metal tone for rhythm guitars with the POD XT Live. It’s time to give you the lead tone!

There are only a few differences between my rhythm and lead tones:

The reason I chose the XT Live Spinal Puppet amp for guitar solos is because it cut through the mix better than the other amps.

It’s somewhat protocol for me to boost the mids and use delay on my leads.

This is where it all came together, and it’s what I deem as the HOLY GRAIL OF METAL TONES for the Line 6 POD XT Live unit.

You’ll notice right away the amps are what you’ve seen in the first two sections.

In short, I went with…

There’s no major differences in the EQ settings or effects. However, just a few slight tweaks here and there made a world of difference, at least to my ears. And I’m going to share them with you below…

Alright, so you’ve got a good dose of metal tones here but what a POD XT Live clean tone?

I’m going to show you how easy it is to dial in a close-to-perfect clean guitar tone below using the XT Live’s Fender amp sim (this is either modeled after the Fender ’65 Deluxe or Twin Reverb amp).

This clean tone fits perfectly with metal songs like

‘Welcome Home (Sanitarium)‘ or ‘One‘ – Metallica

‘Watching Over Me‘ – Iced Earth

Here’s your POD XT Live clean tone for metal songs (I guess it could be for non-metal too!)…

Did I Use the POD XT Live Metal Tones for an Album?

I bought the Line 6 POD XT Live used back in 2009. My intent was to use this for my first professional album release. 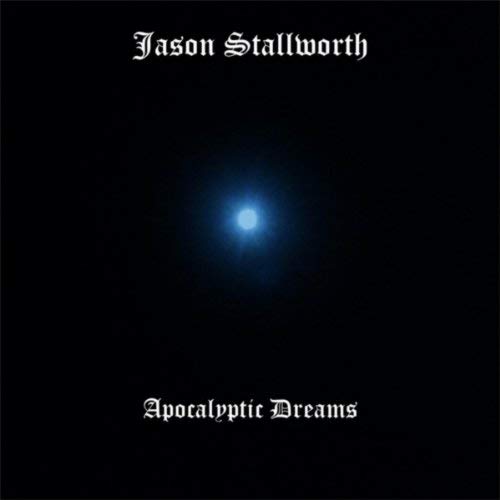 Apocalyptic Dreams was released in December, 2013. It’s all instrumental with a classic metal style filled with heavy guitar melodic riffs and solos.

Cranking up a tube amp was not an option as we were living in a small apartment back then. Even if your neighbors like metal (which most probably do not), they still don’t want to hear power chords and shredding over their TV shows they’re trying to watch. I get it.

I was actually a bit disappointed when I first plugged in the XT Live. The stock settings sounded like total crap! But I didn’t give up…

I was finally able to dial in some decent tones, especially when I got to ‘Metal Tones III’ above.

In fact, I recall putting on Megadeth’s ‘End Game’ album and comparing that to my XT Live tone…they were extremely similar!!!

But at the end of the day, I didn’t use the POD XT Live for my album (which I later released in 2013). I ended up upgrading to the POD HD500, and sold the XT Live. Who knows where that thing is now??

It was an exciting time for amp modeling and effects processors when the POD XT Live was released. There was a newfound feasibility of getting decent metal tones at lower volumes, and this brought on new possibilities for the home studio musician (like myself).

Prior to the XT Live, Line 6 had become quite famous for their PODs (those small bean shaped devices). The XT Live gave us more processing power with better sound amp modeling and effects.

Of course not every guitar player was happy with this concept. You have your ‘purists‘ who claim nothing could replace a real amp, or rather, a real tube amp.

I totally get that. But I also appreciate the leaps and bounds we’ve made through technology is pursuing other solutions, especially for recording and getting decent tones at lower volumes.

And now we have an array of amp modeling units and effects processors that are being used in recording studios such as the Line 6 Helix, Axe FX, and Kemper. Not to mentioned the software-based amp sims like Amplitube and Positive Grid (BIAS FX and BIAS Amp 2).

Welcome to the Jason Stallworth Music Gear page! Below you’ll find all the END_OF_DOCUMENT_TOKEN_TO_BE_REPLACED

To date, this is the absolute best heavy metal guitar tone that I’ve END_OF_DOCUMENT_TOKEN_TO_BE_REPLACED